Low-Carb Milkshakes (yes, they WILL bring all the boys to the yard)

The sugar free/carb free lifestyle can be boring. And by “can be boring,” I mean I have been bored out of my mind. And all I’ve wanted is a milkshake. Omg, a milkshake. Well, the heavens (google) opened and I found THIS recipe. I altered the recipe just a bit, so let’s see how it turned out.

1.5 cups of almond milk to freeze

1.5 cups of almond milk for the shake

I started with 1.5 cups of almond milk (less than 2g of sugar for every half cup!)

Then, I poured the almond milk into an ice cube tray…

We definitely did this twice so I could put that apron on.

You can see where Big Sug hides the carby snacks…out of my reach.

I took a teaspoon of vanilla extract, half a cup of Splenda, and the frozen almond milk and threw them all in the blender.

Everything you need for delicious milkshakes!

Then I added another 1.5 cups of almond milk.

What shape is a measuring cup supposed to be?

And voila! A beautiful milkshake to curb those cravings. Yum Yum!

Every Friday we are going to fill you in on our obsession of the week. This week’s obsession: cauliflower. This sassy little minx was once the vegetable I loved to avoid. It was the wallflower nerd vegetable that I would never dance with in high school (ugh, high school LG was the worst), and then it grew up, graduated college summa cum laude, got a great job and some experience with the ladies, and came back hotter than a pro football player. It looked at me begging to be devoured, but no! I would not have cauliflower. I just wouldn’t.

And then my life changed. I went low-carb and I needed something to replace all I had lost.  What about pizza? What would I eat with lobstah tail? Vegetables are OK and all, but they were losing their allure. Even my love of green beans couldn’t replace my desire for mashed potatoes. What could fill  that void? Then a friend turned me to cauliflower–that vegetable I wouldn’t even look at. I mean, come on! It full on looks like a colorless brain. No, I do not eat brain looking food.

I was desperate. I made some cauliflower mash to eat with my green beans and lobstah tail. I didn’t expect much of this brainy looking food. I was wrong. I hate being wrong, but I was wrong. Cauliflower is my taste bud’s new lover. After the first night of cooking with it, I did it again the next night. I can’t get enough. It’s so delicious, it’s a perfect replacement for starches, it’s easy, AND it is filling. Oh wait, another “and”: AND IT COUNTS AS A VEGETABLE!

Tune in next week when FlipFlopsandFreedom teaches you how to make cauliflower pizza crust and cauliflower mash ALL IN ONE POST! Eat healthier, trick your kids into eating a veggie, or just try something new. We will teach you how.

And for the love of all that is sparkly: go buy some cauliflower!

The DC Version of In ‘n’ Out

Now, In ‘n’ Out is pretty strict about where they’ll build their restaurants. In the foreseeable future, there is just no way we’re getting one within 1000 miles (and we probably wouldn’t drive more than 500 for a burger–but we would def drive 500 miles for an In ‘n’ Out burger if that were an option). Luckily, some crazed chef did a serious breakdown of an animal style double-double. Here is the link. That man is a saint.

With recipe in hand, we tracked down all the necessary ingredients.

You may notice a lack of buns. Totally on purpose and not ’cause we left them in the car.

In ‘n’ Out Animal style burgers have a few components that make them different than a regular In ‘n’ Out cheeseburger. The one that really stands out when you take a bite, though, are the caramelized onions. Oh my. Those onions…they are perfection.

Now, the recipe says that the onions take a while to cook. A while? A while is the length of a sitcom. This was forever. It really should say, “the onions will take forever.” But when we want something, we put in the hours. Hours. 3 hours. Not joking. Start the onions EARLY. We thought this would be a lunch meal, but it ended up being dinner, because of these onions. However, let us say two words: WORTH IT!

So! Now that you’ve got your six onions in hand, chop ’em up. We stuck ’em in the food processor after chopping. And LG left quite a few on the floor, too.

After chopping/food processing the onions stick ’em in a pan with some oil over medium heat (let’s be honest, we started them on high heat and then realized that impatience didn’t make them cook more quickly–it just burned the bottom ones). After about an hour, pour 3/4 cups of water over the onions to “deglaze” the pan. We’re not chefs–that’s just a word the chef used. But it works, so whatever.

Wow. that is a TON of onion.

When the onions FINALLY start turning brown, turn the heat down a bit. Get up from your game of Wii Monopoly about once every hour to deglaze the pan again. You’ll end up doing it 3 times.

No joke. Here is what you’re left with at the end. It’s delicious. It’s fragrant. And it’s about 1/6 of what you started with. This is the bowl we used to move the onions (one at a time) to the pan. They REALLY cook down.

So, now you have your onion jam. Next step: make your special sauce.

So, this is where we thought the recipe guy got a little nuts. You broke down the exact amount of ketchup, mayo, and sweet relish of the sauce? I bet they don’t even try that hard at the restaurant. However, we thank him, because it’s delicious. The special sauce is easy: take the 2 tablespoons sweet relish, 2 tablespoons mayo, and 1 tablespoon ketchup and mix them. Easy peasy.

Just some raw meat hanging out in a pan.

Assembly line dinner: what it looks like to live with roomies.

We won’t run down burger assembly–we’re assuming you can assemble a burger. We wrapped them in lettuce ’cause LG-the-weirdo doesn’t eat carbs. 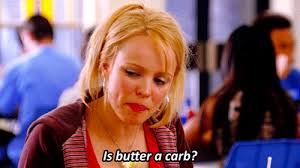 The burgers were AMAZING! We made ours with thicker patties instead of two patties, and it worked just fine.

Really, what makes it great are: the onions, cooking the burger with mustard, and the special sauce. We figured it out! And yet, we will definitely still pay for In ‘n’ Out every time we’re back home.

Whit and her protective eye wear. Onions are dangerous, people!

We’re giving this a HELLA INVOLVED rating, because the onions took forever.

We’ll tell you if something is hella easy or hella involved!